EthioFin came from behind to secure a 4-1 win over Team kenya in friendly game at Oulunkylän sport park on saturday, July 11 2015. Team kenya,the host, had most of the possession in the the first twenty minute. And they were able to broke the deadlock in the 20th minute free kick just outside the box , which was deflected by Ethiofin defender Fitsum.The goalkeeper kabinad was not able to deal with deflection.
After the goal EthioFin were in control for the rest of the first half and scored equalizer just before the halftime break by Ezana zerihun(Ezu Zizu). 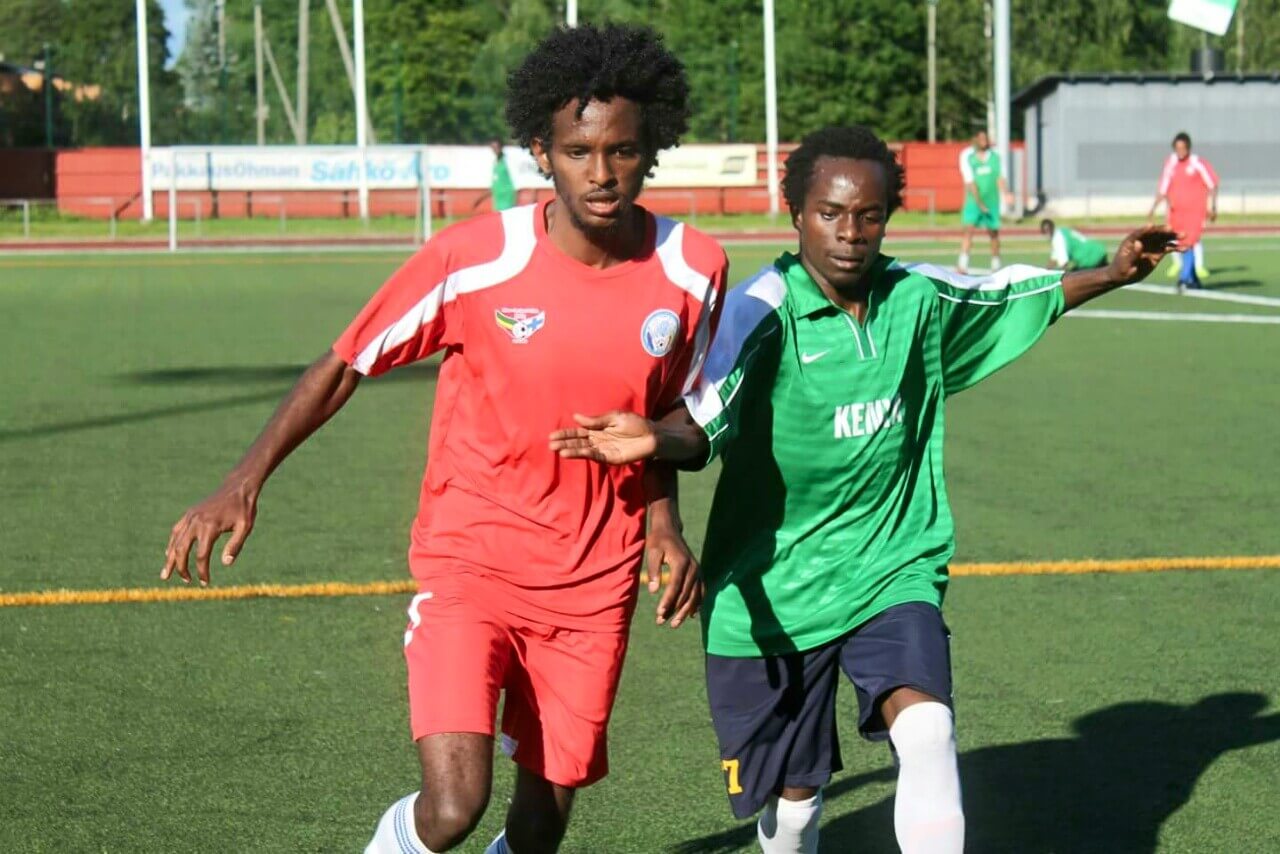 Second half was totaly new story for EthioFin as they were total control of the game. Ezana puts his team ahead in the 52th minute with a delightful touch.Later in the 75th minute,EthioFin doubled their advantage thanks to the strike from Biruhe. The game ‘man of the match’ Ezana later scored 4th for his club and a hat-trick 5 minutes before full game.
EthioFin was using the game as much-needed preparation for 13th ECSFE tournament in frankfurt(which starts next week after the match).
The match bring confident among player for the upcomming tournament in frankfurt. There were few available players available for the game and ethiofin completed the game with no substitute. Beneyam Berhane(Midfielder ) , Tewodros Belete (defender) and Henok Tenkir(defender) were watching the game from bench due to injuries.

No Replies to "EthioFin sinks Team Kenya in friendly game"