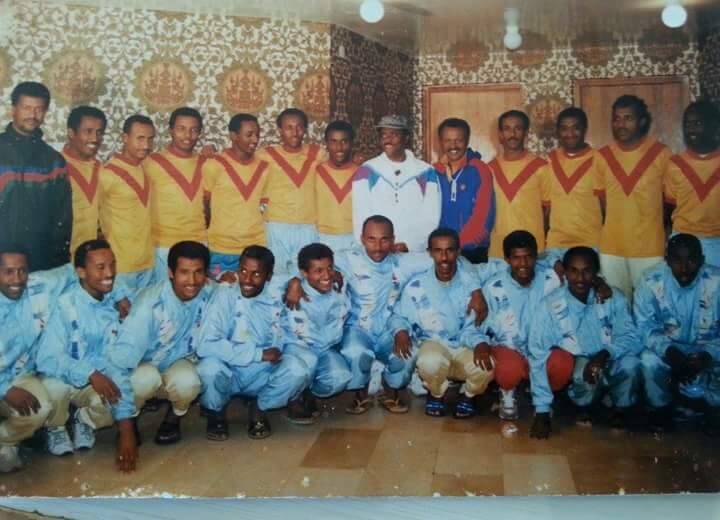 Ethiofin is delighted to announce the joining of Samuel Yared to the clubs coaching staff. He will be coaching the club teaming with Dawit Solomon and Fitsum Dagne. Samuel is former Ethiopian national team player. He also represented St. Georgs soccer team as a player before retirement.

Samuel joins the coaching set-up after traveling with the team, as guest coach, for the 13th ethiopian Sports and cultural festival last summer. His presence and feedback were energizing players.

“Working with the club excites me a lot because there are lots of players who are passionate for football and ready to push it harder. I am also pleased with the discipline of the team and hard working committee.” - Samuel Yared

Commenting on the announcement EthioFin coach Fitsum and Dawit said that the breadth of his experience, as himself previous player, will add real value for us. ”

EthioFin players also displayed a warm welcom to Samuel and showed interst to give everything for the success of the team.

“I am looking forward to working with him and also learning from his experiences and gaining valuable knowledge from his expertise.” - EthioFin Striker Ezana Zerihun